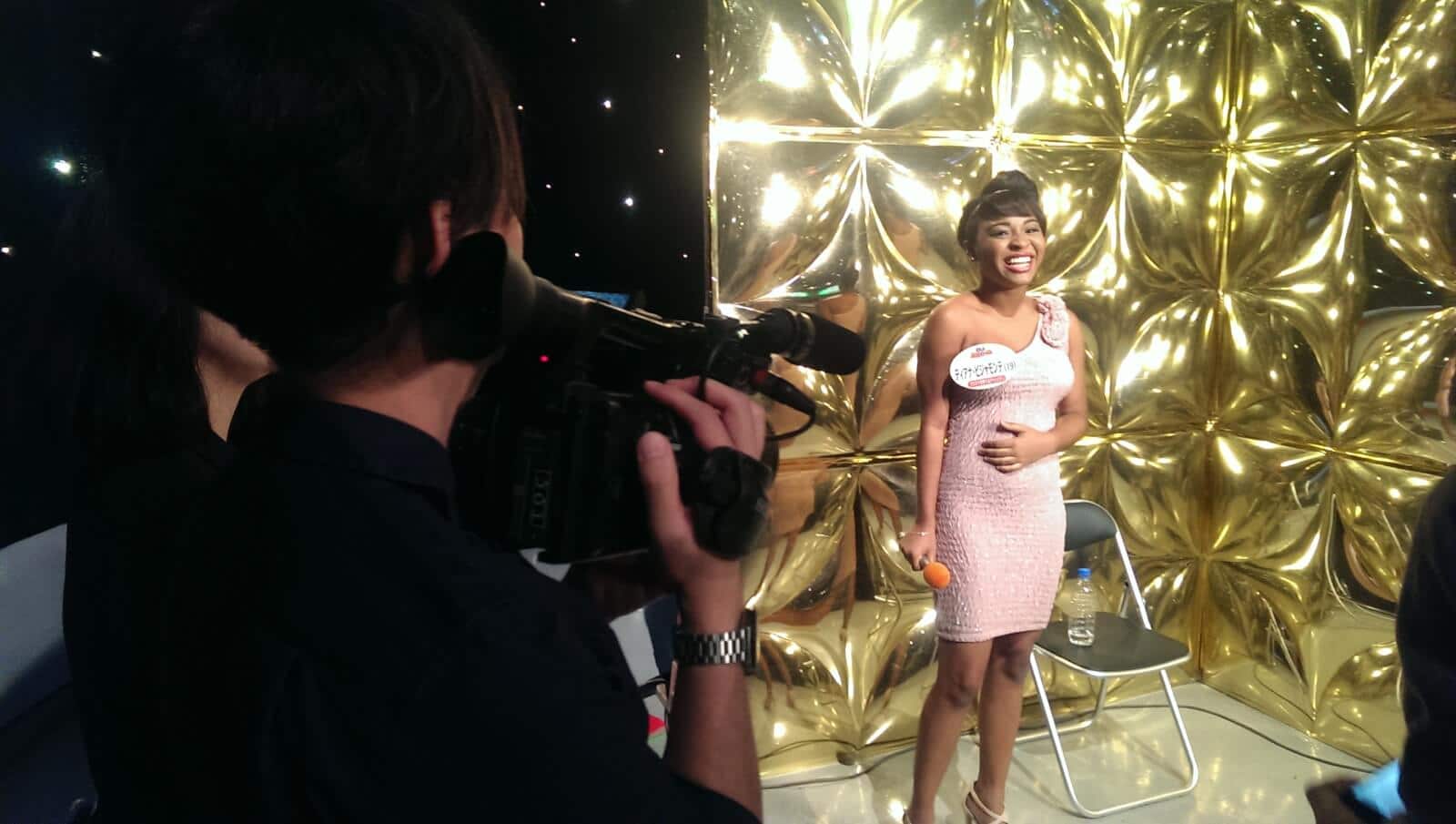 Women’s Karaoke World Champion 2014 Diana Villamonte, 19, from Panama was invited to Japan to participate a karaoke TV show produced for TV Tokyo. In the program, four groups of four singers, usually Japanese (with occasional international guest singers) compete by singing for the highest score which is determined by the DAM (KWC International Sponsor) Karaoke machine.

Diana travelled to Japan together with KWC Director, Jalo Kotinurmi at the end of May. The TV program had previously featured the Japanese KWC entries, but this time the production team decided to reach out all the way to Panama to add more exotic variety to the already popular show. After Diana’s well-received appearance on the show the production team is planning to invite more successful KWC singers from all around the world to participate in future shows.

When asked about her best memory from Japan, Diana said: “The food! I was a bit afraid to try everything but all that we ate was really good. Also the day of taping the show was memorable, everyone at the set were really nice to me.” Diana shared the experience to be scored by the karaoke machine: “To be honest it was a challenge for me and I already knew that I won’t get a great score compared to the other competitors who had prior experience singing with the machine. But it was still good fun in the end. The level of the other singers was high. It was better than I had expected, because I didn’t know how popular singing is in Japan. You had to know the original performance of the song really well to get a good score.”

Diana didn’t make it to the final round from her group, but she gave a beautiful performance of the Celine Dion song “My Heart Will Go On” on the qualification round. Finally Diana said that she was impressed by the Japanese hospitality and enjoyed her trip a lot. She also said she would love to go back one day, maybe with more time to see some historic places in Japan.

Diana’s performances can be seen besides in her home country Panama, on the world stage in Singapore next November when she guest-performs as last year’s champion during the KWC final. Click here to see her winning performance from Stockholm 2014 on Youtube.